Tien has been playing and teaching music his whole life. He began studying classical piano at the age of five, while learning trumpet, saxophone, guitar, and drums throughout grade school. At the age of 17, he began a Bachelor of Fine Arts degree at York University, where the focus was jazz piano. In his second year, he picked up a doublebass and by the end of the year, he was performing professionally on both instruments.

After completing his B.F.A., he worked as a freelance professional musician, often traveling around the world playing in various ensembles. Years later, Tien was accepted to the Masters of Music program at Rutgers University in New Jersey, this time studying jazz doublebass. During that time, he had the fortune of playing a televised concert with the legendary Ray Charles.

Having been warmly received by Opera Canada as both conductor and principle singer, Sean has studied and performed with some of Canada’s greatest artists, including Canadian conductor and composer Mark Sirett, Juno Award winning soprano Roxolana Roslak, renown impresario Bill Silva-Marin, and Maestro Mario Bernardi.

Sean has taught music to all ages and levels of students for over ten years. He holds a Bachelor of Music (B.Mus) degree in voice from Queen’s University in Kingston, Ontario, and continues to study and perform in Toronto.

Mezzo-Soprano Meghan Symon is currently pursuing her Masters of Music at the University of Toronto Faculty of Music studying under Canadian Soprano Mary Morrison.

Most recently she performed the role of Le Prince in Massenet’s Cendrillon with Manitoba Underground Opera. She also had the opportunity to tour with the University of Manitoba Opera’s production of The Brother’s Grimm singing the role of Frau Viehmann.

In the past year Miss Symon travelled to Sulmona, Italy to sing the role of Nerone in Monteverdi’s L’Incoronazione di Poppea at the Centre for Opera Studies in Italy and appeared as the alto soloist with the Winnipeg Symphony Orchestra in Sveinsson’s Credo. She also enjoyed rolling up her sleeves and diving into Jodin’s newly composed opera Mai 68’ singing the role of Genevieve for The Winnipeg New Music Festival this past February.

Past performances include appearing in Manitoba Underground Opera’s production of Mozart’s La Clemenza di Tito as Annio and was given the title role in the University of Manitoba’s production of Handel’s Rinaldo. As well, she was the alto soloist in Jenkin’s The Armed Man: A Mass for Peace with the Winnipeg Symphony Orchestra. 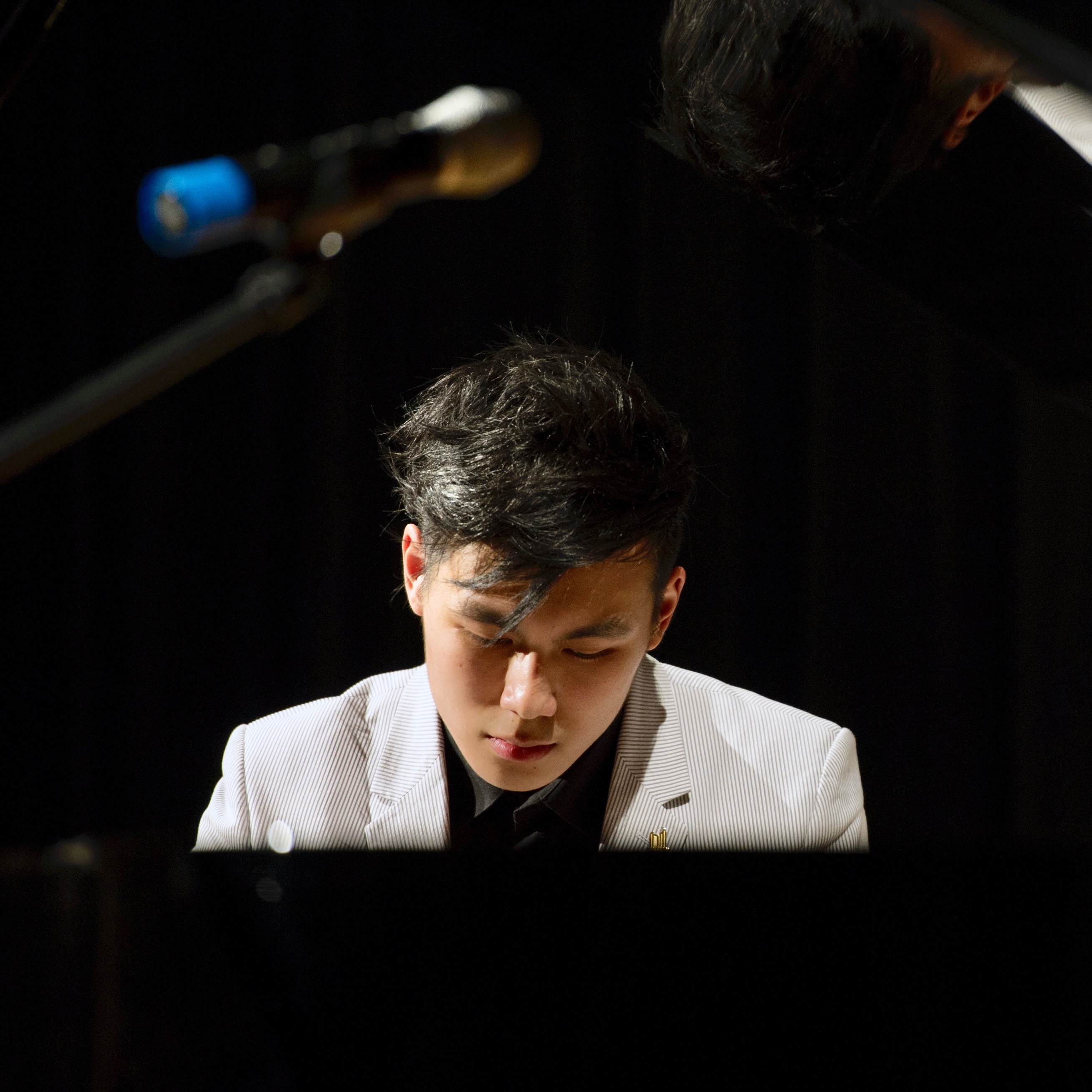 A lifelong pianist, Christopher completed his A.R.C.T. in piano performance in 2012. A seasoned performer specializing in the classical genre, he has won Gold Awards at the Toronto Kiwanis Music Festival and has performed at acclaimed venues such as the Rock & Roll Hall of Fame.

Christopher began his teaching career in 2010, and has also been a piano accompanist since the age of 8. He began to accompany professionally in high school and has performed with a variety of ensembles and soloists at examinations, competitions, and public performances. He holds a B.A. in employment relations and political science from the University of Toronto. 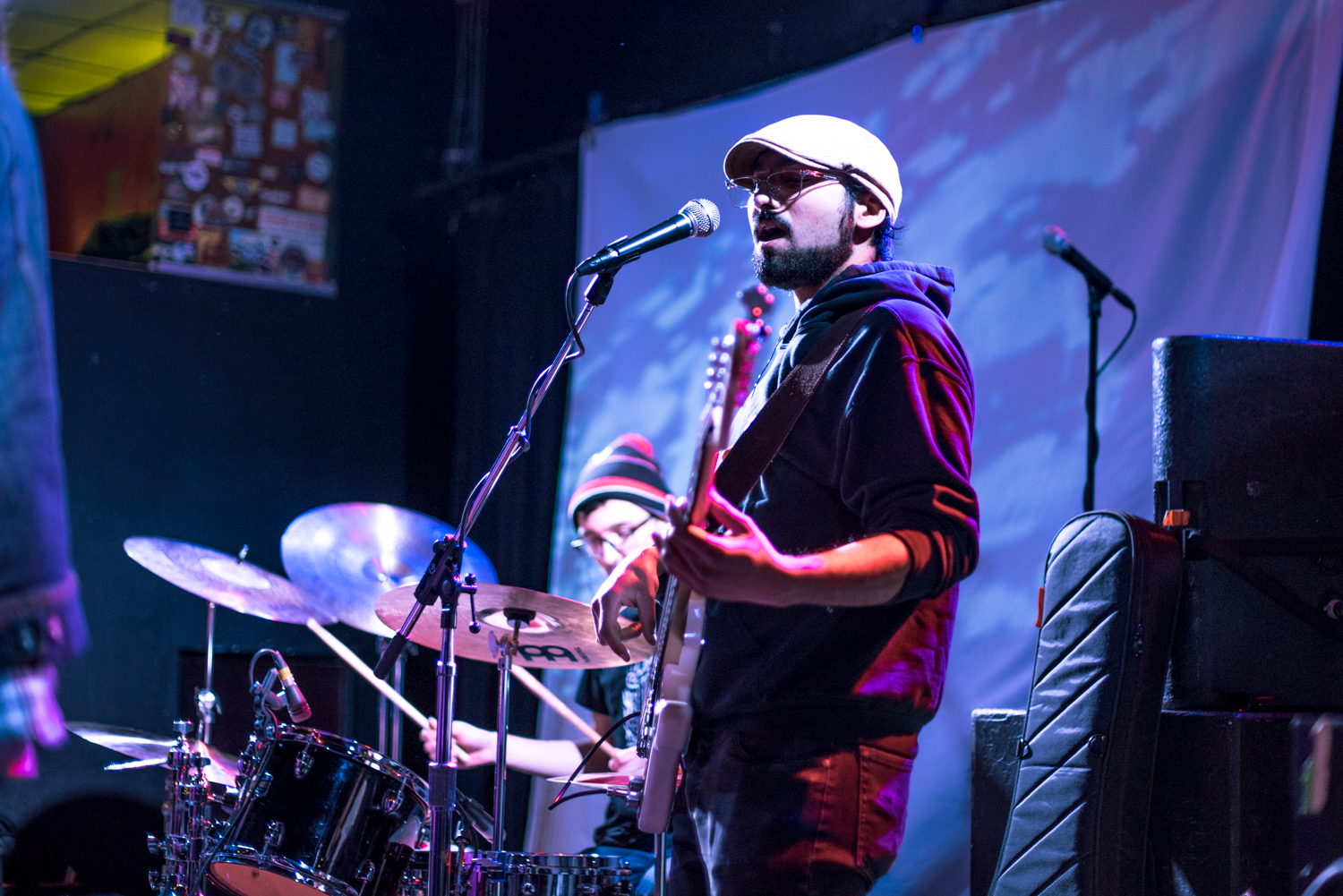 Karandeep Jhand (guitar)
j
Karandeep is an active guitarist in the Toronto Scene. Pursuing his degree in Jazz Guitar at Humber College, his teaching methods include  improvisation and critical thinking. He has studied with leading educators and musicians such as Nathan Hiltz, David Occhipinti, Terrol Sinclair and Justin Gray.
Karandeep also composes original music and performs with multiple bands in the GTA, ranging from jazz trios to rocks bands and everything in between. 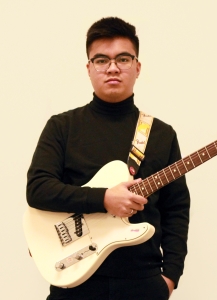 Daniel has also studied and played in ensembles at York University under Frank Falco, Mark Eisenman, Kelly Jefferson, Kevin Turcotte, Al Henderson, Barry Elmes, Brian De Lima, Casey Sokol, and Mike Cado.
York University awarded Daniel with the 2019 Ella Fitzgerald Award for Jazz Performance & the 2019 Marlon Lower Prize in Composition. Daniel has also been awarded Jazz FM’s 2019 Mary Alice Stuart Award.
Daniel Bado plays with multiple different groups and artists in Toronto. He is the bandleader of “Badoism” which is a group that consists of Toronto’s finest up-and-coming musicians who all come together to play groove based music with space for interactive improvisation. Bado also plays jazz standards regularly with his trio and quartet – both under his name. Along with regular gigging, Daniel teaches private guitar lessons to students of all ages.

Brianna is an active musician in Toronto, and has many years of experience teaching children and adults of all ages how to further their skills in piano and voice. She has been a part of various camp programs specializing in bands and musical theatre, as well as vocal groups.

Brianna is also a part of various musical projects in the city, including indie rock band Bordeen. Comprised of her and her two brothers, Brianna has been playing keys and vocals with Bordeen including tours across North America and has been a part of multiple studio releases.